July 15, 2011
We’ve been up to a lot of fishing lately! So much in fact that we have gotten behind on our blogging. Forgive us please, as we update you the best way we know how…with snippets of the charters and photos. We promise to do a better job from here on out!
1. Vinnie and friends started our musky season with a bang! We snapped off one to start the day, and then hooked and landed two beauties, along with another that shook the hook soon after. Excitement all around for our first timers from New York City! 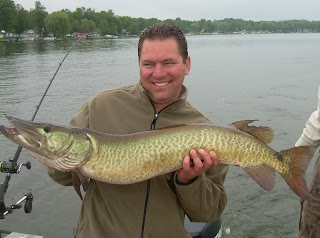 2. Bob and Diane fished two days with us. Our first day out we targeted bass on Lamoka lake. The next day they wanted to try their hand at musky. Try we did, and once again landed two gorgeous fish, and lost another. It was a great two days of fishing, fun and great conversation! 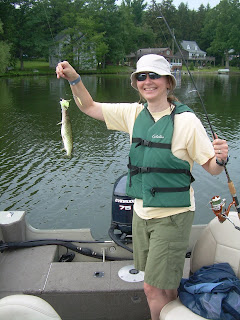 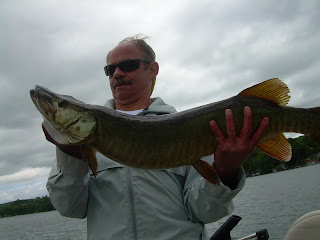 3. Brothers Paul and Bernie are back once again to hook that 50″ monster. This time we ended up with 7 fish. Friday morning  we had a frenzy of hits all within minutes. We’ll see you again in two weeks boys, 50″ will come sooner or later! 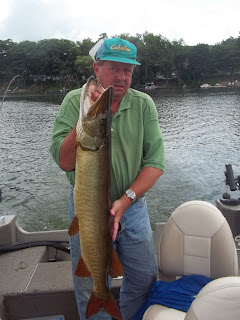 4. Today we fished with the Nelson’s. We fly fished the Cohocton River outside of Avoca, NY for browns. The water was low and slow, but we did see a lot of surface action as the fish were on the rise. 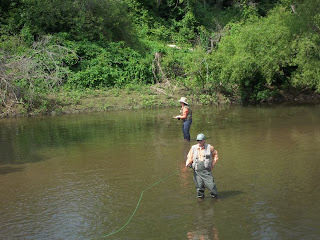 5. An evening of fly fishing on Fall Creek with Chris and his daughter Hannah. We did well, landing about 20 fish. It was Hannah’s first time flyfishing and she caught on quickly landing some beautiful browns and rainbows. 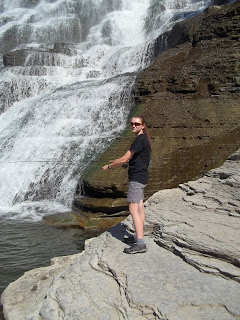 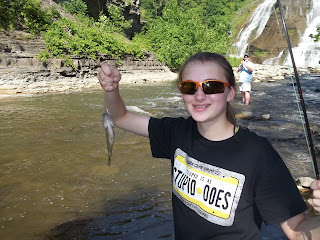 6. In the early Morning Hours we hit Seneca Lake with Bob and son for some trout. Trolling Flasher/Fly combos we hit salmon and lakers, all four pounds plus! A north wind rolled in and kicked up the lake, but it still ended up being a great day on the water. 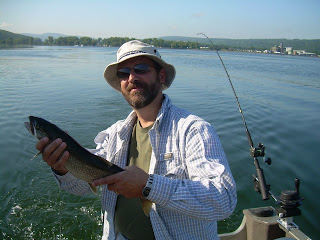 7. On this last minute charter we decided to chase musky with first timers Dan & Jessie. We caught two and lost one, not a bad day overall. I am sure they will be back to chase toothy critters again! 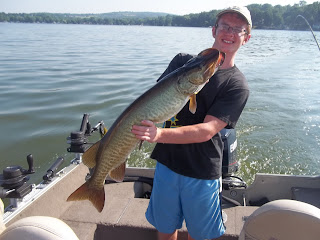 8.On this day we fly fished on the beautiful waters of the Finger Lakes. Our guest John came over from Scotland to try the fly fishing in New York. We fished Fall Creek and Cayuta Creek with nymphs, dries and soft hackle to produce browns and  bass. After fishing John had to stop by a pub for a pint…now that’s a great day of fishing! 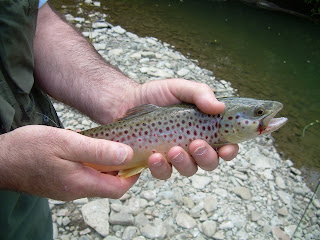 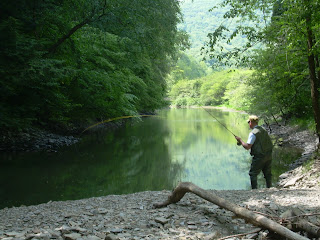