Out on Kueka Lake today with outdoor writer Spider Rybaak. Spider has written several books on fishing in New York State “Fishing Eastern New York” and “Fishing Western New York.” He has also been featured in such magazines as Great Lakes Angler and In-Fisherman, among others. He also keeps his own blog at Fishing & Hunting Oswego County .

We attempted to launch in Hammondsport, but seeing as the north wind was battering the south end of the lake we headed north to Branchport to launch. It was still windy, but not as bad. Despite battling the wind and waves for yet another day, we caught 8 bass; smallies, largemouth and one of the biggest rock bass we’ve ever seen! The fish were all caught with a storm kickin’ minnow and carolina worm rig 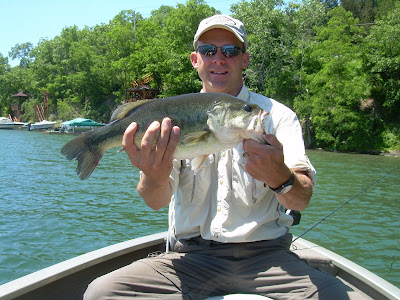 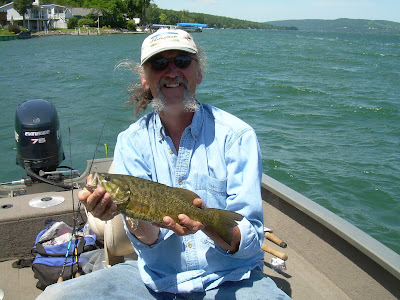